Review: The Tomb of the Sea Witch (Beaumont and Beasley #2) by Kyle Robert Shultz 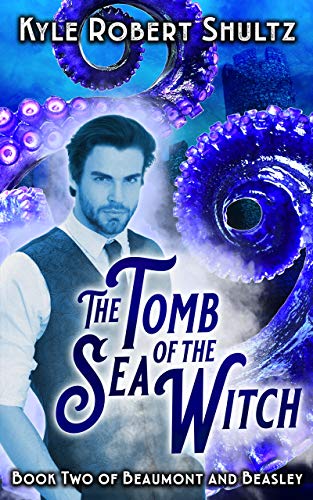 About the Book
She doesn’t want to be part of your world.

She wants to end it.

My name is Nick Beasley, and I used to not believe in magic. I also used to be human.

Now I’m a monster with fur and claws, trying to find a way to get back to normal. The Warrengate Academy of Advanced Magic might hold the answer.

Unfortunately, it’s got a homicidally grumpy dragon as a headmaster. Not to mention a lot of dark history. And if there’s one thing I’ve learned, it’s that history never stays in the past...especially when magic is involved.

Let’s just say that the tale of The Little Mermaid didn’t play out exactly how you were told. There’s a dangerous secret behind it; one which could spell doom for me and everyone I care about.

An infamous villain is returning...and she’s not who you think she is.

What do you get when you mix Disney with Harry Potter? The second installment of the series which urban fantasy readers are finding addictive. Read it today!

I loved the first book in this series, The Beast of Talesend. It was such a blast to read, but there was no way the sequel could live up to it, right? Wrong! The Tomb of the Sea Witch was just as good, quite possibly even better.

Nick, Cordelia, and Crispin are still trying to find a way to turn Nick from the beastly monster back human again. Cordelia has a plan, but it's a dangerous one fraught with many potential pitfalls and deadly consequences.

There was a 'Little Mermaid' twist and we got to learn the 'real' story behind the tale. And I've gotta say, it was such a clever twist! Loved it!

This book was an all-around good time. I laughed so much. Sure, there's drama, suspense, heartfelt and serious moments, but at it's core, it's a ridiculously fun and wacky tale that will leave a big smile on your face.


“I don’t like anyone. Disliking people is one of my favorite pastimes. Goodbye.”