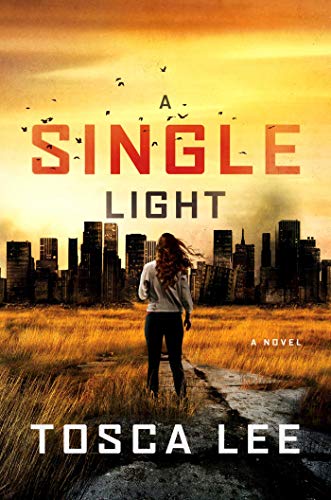 About the Book
In this gripping sequel to The Line Between, which New York Times bestselling author Alex Kava calls “everything you want in a thriller,” cult escapee Wynter Roth and ex-soldier Chase Miller emerge from their bunker to find a country ravaged by disease, and Wynter is the only one who can save it.

Six months after vanishing into an underground silo with sixty others, Wynter and Chase emerge to find the area abandoned. There is no sign of Noah and the rest of the group that was supposed to greet them when they emerged—the same people Wynter was counting on to help her locate the IV antibiotics her gravely ill friend, Julie, needs in order to live.

As the clock ticks down on Julie’s life, Wynter and Chase embark on a desperate search for medicine and answers. But what they find is not a nation on the cusp of recovery thanks to the promising new vaccine Wynter herself had a hand in creating, but one decimated by disease. What happened while they were underground?

With food and water in limited supply and their own survival in question, Chase and Wynter must venture further and further from the silo. Aided by an enigmatic mute named Otto, they come face-to-face with a society radically changed by global pandemic, where communities scrabble to survive under rogue leaders and cities are war zones. As hope fades by the hour and Wynter learns the terrible truth of the last six months, she is called upon once again to help save the nation she no longer recognizes—a place so dark she’s no longer sure it can even survive.

Fast-paced and taut, A Single Light is a breathless thriller of nonstop suspense about the risks of living in a world outside the safe confines of our closely-held beliefs and the relationships and lives that inspire us.

I loved The Line Between, the first book in this series, and have been so anxious for the sequel. Something like what happens in this series could feasibly happen in real life. It's not out of the realm of possibilities. It's not far fetched, at all. So, at times, it made for a scary read, but it was, also, utterly compelling. An action packed, never ending thrill ride that I could not put down.

There were so many twists and turns and stunning revelations that I didn't see coming. Some that left me gasping for breath and having to set my Kindle down for a minute to recover. Seriously, parts of this book gave me a near panic attack. Imagining that this could actually happen. Wondering what I would do in the same situation. How would I react? It was terrifying to think about, but absolutely entertaining to read.

A Single Light could probably be read and enjoyed without having read The Line Between first, but I'd still recommend going in order. There's a lot of backstory I wouldn't want you to miss out on. Not to mention all the excitement.