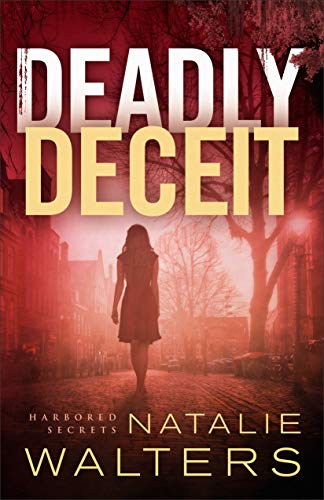 About the Book
Independent and tenacious journalist Vivian DeMarco is back in Walton, Georgia, for one reason--to do her job and get out. When her boss suddenly dies under suspicious circumstances, Vivian's only hope for finding the truth--and the next big story--is small-town law enforcement's lanky poster boy, Deputy Ryan Frost. But the deeper they dig, the more twisted the truth becomes, and Vivian finds herself fighting for not only answers but also her life. False leads, incriminating emails, and someone called The Watcher force Vivian to confront the secret of her past and decide: How much is she willing to risk for the sake of a headline?

Why I Need It
I really enjoyed Living Lies, the first book in the series, and have been so eager for this sequel. I'm always on the lookout for great romantic suspense and if Deadly Deceit is anything like it's predecessor, I know I'm in for a real treat.