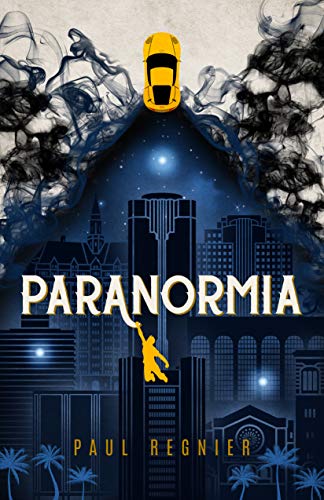 About the Book
A nerdy nobody is heaven's newest hero. It's too bad that the devil fights dirty…

Paranormia is about the ongoing, eternal battle between good and evil. Spiritual warfare. You might expect that a novel dealing with such a serious subject would be just as serious as it sounds. But not necessarily. Paranormia tackles the issue with a ton of humor and a bit of lightheartedness that worked out perfectly and ended up being an extremely engaging read.

Aspiring graphic novelist Chris Loury is an average geeky guy who's awkwardness tends to shine most in the moments when he's trying to be cool. He's tired of his boring, mundane life and wishes for greatness. Well...he gets it, alright, but it's not at all what he was expecting.

I won't lie, there were times when Chris wasn't the most likable guy, but there was a relatable and endearing quality to him that had me rooting for him. The first meeting between Chris and Finchelus the angel was memorable and hilarious. Come to think of it, pretty much every time Finch showed up it was like that.

Paranormia is a stellar Christian urban fantasy. It wrapped up nicely, but I'm definitely hoping for a sequel!