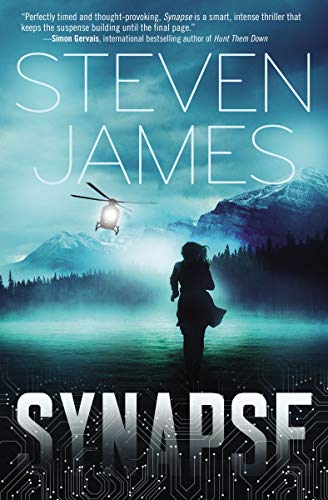 About the Book
Thirty years in the future, when AI is so advanced that humans live side by side with cognizant robots called Artificials, Kestrel Hathaway must come to terms not just with what machines know, but with what they believe.

Soon after experiencing a personal tragedy, Kestrel witnesses a terrorist attack and is drawn into a world of conspiracies and lies that she and Jordan, her Artificial, have to untangle. With a second, more brutal attack looming on the horizon, their best chance of stopping it is teaming up with federal counterterrorism agent Nick Vernon. But the clock is ticking—and all the while, Jordan is asking questions Artificials were never meant to ask.

Deftly weaving suspense and intrigue into a rich, resonant tale that explores faith and what it really means to be human, Steven James offers us a glimpse into the future—and into our own hearts.

This sounds like it'll be thrilling read. I'm really intrigued by the Artificials. I want to know more about them!