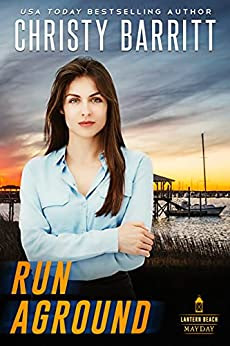 About the Book
A dead captain on a luxury yacht leads to a tumultuous seafaring journey . . .

Med student Kenzie Anderson, tired of letting others chart her future, accepts a job as second steward aboard Almost Paradise. But when she finds the captain dead before the charter even begins, her plans seem to capsize.

Jimmy James Gamble senses something vulnerable and slightly naive about Kenzie when he finds her on the docks. Realizing danger may still be lingering close, he uses his hidden skills to earn a place on the charter. But being there causes him to risk everything—especially as more suspicious incidents occur.

As they set out to sea, Kenzie and Jimmy James both wonder if they’re in over their heads. They must figure out how to stop a killer before anyone onboard is hurt . . . otherwise, both their futures might just run aground.

Lantern Beach Mayday is a three book series. Other books in this series are:
Dead Reckoning
Tipping Point
Amazon / Goodreads
Available in Kindle Unlimited at time of posting
MY THOUGHTS
Run Aground was another quick and enjoyable mystery from Christy Barritt. I was so excited that this story featured longtime Lantern Beach resident Jimmy James. In previous books, he was always in the background but, for me, he stole the scene every time he showed up on the page. I was intrigued by him and his mysterious aura, so I loved getting to know him better in this book.

I will say that this was a bit of a slower-paced story with not as much action, but it still moved along at a nice pace. I was very invested in the mystery. There were quite a few viable suspects, and just when I thought I had it figured out, it took an unexpected turn that surprised me. All in all, I really enjoyed it. I'm definitely looking forward to book two.
FOUR STARS
Posted by Ashley Sapp at 12:00 AM