This week I'm featuring Fly with the Arrow (Bluebeard's Secret #1) by Sarah K.L. Wilson. I'm not very familiar with the original Bluebeard tale, but I'm really loving this story. 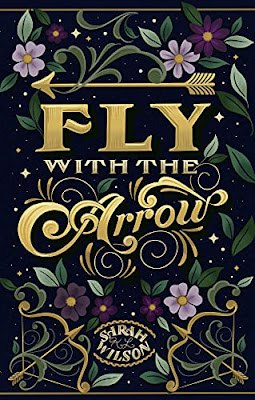 About the Book
A STOLEN BRIDE. A TERRIFYING BRIDEGROOM. THE GAME THAT WILL DETERMINE THEIR FATES.

No one told her the most important law of the court - the Law of Greeting.
If they had, maybe she wouldn't have greeted Bluebeard when he arrived to claim a mortal wife. And if she hadn't greeted him, she wouldn't have become his sixteenth wife or been swept away to the lands of the Wittenhame.

But if none of that had happened, then she wouldn't have been an integral part of the game that takes place every two hundred years - a game that determines the fates of nations .

For not all is as it seems, not in her homeland of Pensmoore, not in the Wittenhame, and certainly not in her new marriage.
Book Beginnings

Some laws are talked about by all - featured in story and song - and as a result, it's easy to know that if you turn traitor to the king, you'll soon see your head mounted on the battlements of Pensmoore, or if you steal another woman's horse, a hempen noose will be the last to embrace you.

It's not those laws that are the problem. It's the other kind of laws. The laws no one talks about.

"In less than an hour," he proclaimed to me, "the sun will rise and with it will dawn my silence. So, think on this, wife. I want you near me until we return to this home of mine. The world of the Wittenhame is a dangerous place and I dare not let you be stolen from my grasp."