Review: If I Live (If I Run #3) by Terri Blackstock 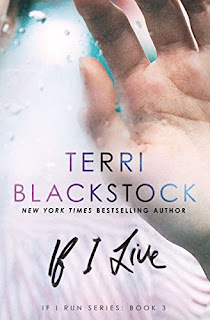 THE HUNT IS ALMOST OVER.

Casey Cox is still on the run after being indicted for murder. The hunt that began with her bloody footprints escalates, and she’s running out of places to hide. Her face is all over the news, and her disguises are no longer enough. It’s only a matter of time before someone recognizes her.

Dylan Roberts, the investigator who once hunted her, is now her only hope. Terrifying attempts on Dylan’s life could force Casey out of hiding. The clock is ticking on both their lives, but exposing the real killers is more complicated than they knew. Amassing the evidence to convict their enemies draws Dylan and Casey together, but their relationship has consequences. Will one life have to be sacrificed to protect the other?

With If I Live, Terri Blackstock takes us on one more heart-stopping chase in the sensational conclusion to the If I Run series.

“Crisp dialogue and unexpected twists make this compulsive reading. . .” —Publishers Weekly review of If I Run

IF I LIVE has been one of my most anticipated releases. I've been clamoring to find out what the outcome would be for Casey. It's been a thrilling, and oft times anxiety-ridden, ride following along with Casey as she's been on the run after being set up for her best friend's murder.

This book was a real edge of your seat thrill ride. It's extremely fast-paced, moving at a breakneck speed. There's so much action, danger, and suspense that I could hardly catch my breath and many places throughout where it felt like my heart was going to pound right out of my chest. There were quite a few twists and turns and I never knew what would happen next.

This whole series is written in an extremely engaging way, keeping me fully invested in the lives of the characters. One of my favorite aspects has been seeing the way Casey and Dylan have grown in their faith and relationship with God.

IF I LIVE was such a great conclusion to the series. It did not disappoint. It definitely lived up to my expectations and was everything I'd hoped it would be. I seriously can't recommend it highly enough. If you've read the previous books in this series, IF I LIVE is a must read. If you haven't started this series yet, start with book one and prepare yourself for an exhilarating, unputdownable adventure. 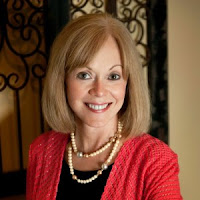 Terri Blackstock is a New York Times and USA Today best-seller, with over seven million books sold worldwide. She is the winner of two Carol Awards, a Christian Retailers Choice Award, and a Romantic Times Book Reviews Career Achievement Award, among others. She has had over twenty-five years of success as a novelist. Terri spent the first twelve years of her life traveling in an Air Force family. She lived in nine states and attended the first four years of school in The Netherlands. Because she was a perpetual “new kid,” her imagination became her closest friend. That, she believes, was the biggest factor in her becoming a novelist. She sold her first novel at the age of twenty-five, and has had a successful career ever since.

In 1994 Terri was writing romance novels under two pseudonyms for publishers such as HarperCollins, Harlequin, Dell and Silhouette, when a spiritual awakening prompted her to switch gears. At the time, she was reading more suspense than romance, and felt drawn to write thrillers about ordinary people in grave danger. Her newly awakened faith wove its way into the tapestry of her suspense novels, offering hope instead of despair. Her goal is to entertain with page-turning plots while challenging her readers. She hopes to remind them that they’re not alone, and that their trials have a purpose.

Terri has appeared on national television programs such as “The 700 Club” and “Home Life,” and has been a guest on numerous radio programs across the country. The story of her personal journey appears in books such as Touched By the Savior by Mike Yorkey, True Stories of Answered Prayer by Mike Nappa, Faces of Faith by John Hanna, and I Saw Him In Your Eyes by Ace Collins.