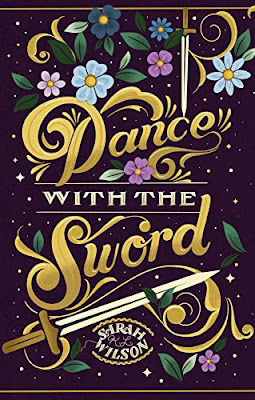 About the Book
A GRIM BETRAYAL. A DYING KING. A HUSBAND WHO WON'T LET HER GO.
With the heart of the Wittenhame still ringing from Izolda's actions and her new husband shocked at her betrayal, the future seems very grim indeed.
If Izolda had been asked if she wanted to be rescued from her would-be bridegroom and returned to her home and family, she would have eagerly agreed to go, but now that she is back in the mortal world, she is quickly discovering that home, family and even the inclinations of her own heart are not what she expected.
Worse yet, Izolda has unwittingly become a pawn in a deadly dance between two Wittenbrand, snatched from the claws of one of them only to be stolen back by the other.
With her bodiless friend Grosbeak along for the ride and the great game of crowns and thrones still being played out across the nations, will Izolda's endless common sense still be enough to rescue her from disaster? Or will she fall prey to the terrible ambitions of her enemies?

DANCE WITH THE SWORD is the second book in the Bluebeard's Secret series following the eerie and romantic story of FLY WITH THE ARROW.

Warning: There are four books in this series. Read at your own risk.
Amazon / Goodreads
MY THOUGHTS
What a fantastic sequel to Fly with the Arrow. This picks up right where the last one left off. And, let me tell ya, the fast pace hardly lets up. I couldn't stop myself from racing through the pages. Filled with a constant sense of danger, a slow-building romance, and surprises at every turn, Dance with the Sword is just as good, if not better, than the first one.

With the way the first book ended, I was worried that we wouldn't see much of Bluebeard, Grosbeak, or really any of the Wittenbrand. But thank goodness that wasn't the case. To my delight, they were featured very prominently, even more so this go-around. I felt like we really got to know Bluebeard better and, I've gotta say, I can't get enough of him. He's such an intriguing guy. So multi-layered. I was excited that we got to experience the Game in such depth, too. It was brutal but captivating.

Now, about that ending! I just thought the previous book's ending was a doozy, but this one tops it! My goodness, what a cliffhanger! I'm so anxious to find out what happens next!
4.5 STARS
Posted by Ashley Sapp at 12:00 AM