Review: The Line Between by Tosca Lee 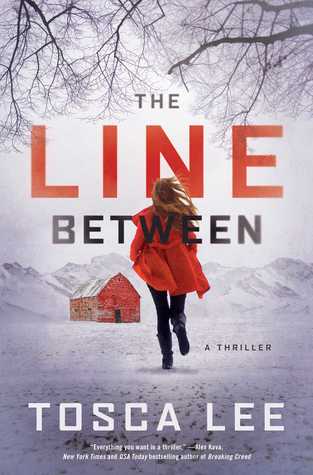 About the Book
In this frighteningly believable thriller from New York Times bestselling author Tosca Lee, an extinct disease re-emerges from the melting Alaskan permafrost to cause madness in its victims. For recent apocalyptic cult escapee Wynter Roth, it’s the end she’d always been told was coming.

When Wynter Roth is turned out of New Earth, a self-contained doomsday cult on the American prairie, she emerges into a world poised on the brink of madness as a mysterious outbreak of rapid early onset dementia spreads across the nation.

As Wynter struggles to start over in a world she’s been taught to regard as evil, she finds herself face-to-face with the apocalypse she’s feared all her life—until the night her sister shows up at her doorstep with a set of medical samples. That night, Wynter learns there’s something far more sinister at play and that these samples are key to understanding the disease.

Now, as the power grid fails and the nation descends into chaos, Wynter must find a way to get the samples to a lab in Colorado. Uncertain who to trust, she takes up with former military man Chase Miller, who has his own reasons for wanting to get close to the samples in her possession, and to Wynter herself.

Filled with action, conspiracy, romance, and questions of whom—and what—to believe, THE LINE BETWEEN is a high-octane story of survival and love in a world on the brink of madness.

The Line Between was an exciting thrill ride that kept me on the edge of my seat. I was hooked from the very beginning and couldn't read it fast enough. I was completely sucked into the story. The walls of my bedroom faded away and I was right there in the thick of things alongside Wynter.

It switches between two time periods – the past which explores Wynter's life inside the cult of New Earth and then present day after Wynter is kicked out of the cult.

Wynter was a great character. She had a bit of a tough time readjusting to normal society. The teachings she learned in the cult seemed to torment her. She was constantly bombarded with things that were 'forbidden' and plagued with thinking that there was no saving her soul now. It was heartbreaking, but she's quite the resilient young lady. I really admired her bravery, strength, and determination to overcome it all.

I'll be thinking about this novel for a long time to come. It was quite terrifying because it's not out of the realm of possibility for something like what happens in the book to actually happen in real life. It's a scary thought, but it was such a compelling read. I can't wait for the sequel.

I received a complimentary copy of this book from NetGalley and voluntarily reviewed it. All thoughts and comments are my honest opinion