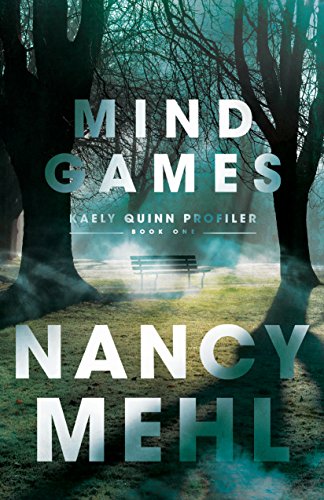 About the Book
Kaely Quinn's talents as an FBI behavior analyst are impossible to ignore, no matter how unorthodox her methods. But when a reporter outs her as the daughter of an infamous serial killer, she's demoted to field agent and transferred to St. Louis.

When the same reporter who ruined her career claims to have received an anonymous poem predicting a string of murders, ending with Kaely's, the reporter's ulterior motives bring his claim into question. But when a body is found that fits the poem's predictions, the threat is undeniable, and the FBI sends Special Agent Noah Hunter to St. Louis.

Initially resentful of the assignment, Noah is surprised at how quickly his respect for Kaely grows, despite her oddities. But with a brazen serial killer who breaks all the normal patterns on the loose, Noah and Kaely are tested to their limits to catch the murderer before anyone else--including Kaely herself--is killed.

Mind Games was an extremely suspenseful, and often times chilling, read. The opening instantly grabbed my attention and held me until the very end. There were so many anxiety-inducing moments that had my nerves constantly on edge. I don't think I've ever read a book with so many twist, turns, and shocks. There were a couple times I audibly gasped at what had just happened and had to set my Kindle aside for a second to digest it all. I can honestly say this was a completely unpredictable thrill ride.

Kaely was quite an interesting character. The introduction to her was memorable and unique. Her profiling technique, while odd, was fascinating and highly effective. Learning about what goes into being a profiler was really interesting but, at times, it was unnerving delving into the killer's mind. And let me tell you, this killer was super creepy. Their antics chilled me to the bone. If you read this at night, be sure to turn on all the lights.

Mind Games was a book that demanded to be read as fast as possible and one I think would make a great TV show. It's a must read for any fan of suspenseful mysteries. I'm very eager for the next book!

I received a copy of the book from the publisher via NetGalley and voluntarily reviewed it. All thoughts and comments are my honest opinion.