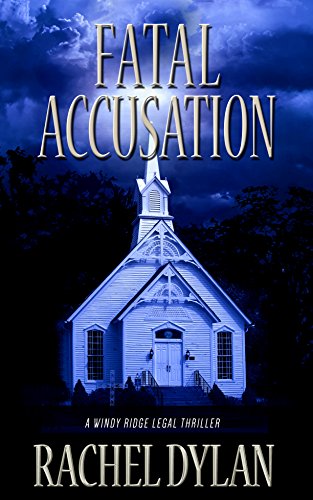 About the Book
Attorney Olivia Murray hopes her life will get back to normal after a hard fought trial. But she soon finds out that the forces of evil have not given up their pursuit to win the hearts and minds of those in Windy Ridge.

An embezzling scandal breaks that rocks the community church to its core. The New Age groups are ready to declare victory when a high profile prosecutor files criminal charges against the local pastor. However, Olivia is not willing to give up on the community she's come to love. She takes on the defense pro bono knowing it could destroy her career, but it's a case that she is called to defend.

The battle will be fierce, but she's not fighting it alone. Her friend and fellow attorney Grant Baxter is by her side. Olivia must use all the tools in her arsenal to combat those who seek to destroy the believers in the community. If Olivia can't prove the pastor's innocence, more than her career is on the line. The entire community of Windy Ridge could fall to the forces of darkness.

Fatal Accusation is book two in the Windy Ridge Legal Thriller series. It picks up a couple months after the end of the first book and was just as thrilling. It was nearly impossible to put down and when I did have to set it aside for 'real life' things, it was constantly on my mind.

I really enjoy Rachel Dylan's writing style. She's got a way of pulling me right into a story and keeping me completely hooked til the end.

I'm really loving this series. The spiritual battles along with the legal drama has really captured my full attention. I can't get enough of it. I'm so glad that book three is out because I'm headed off to start reading it right now. Highly, highly recommended!