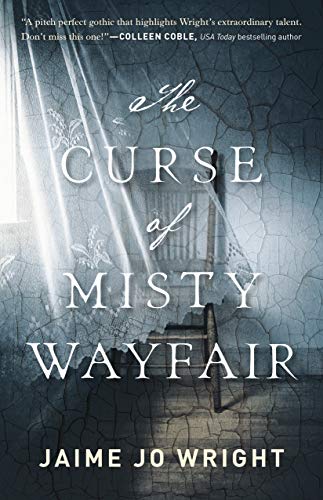 About the Book
Left at an orphanage as a child, Thea Reed vowed to find her mother someday. Now grown, her search takes her to Pleasant Valley, Wisconsin, in 1908. When clues lead her to a mental asylum, Thea uses her experience as a post-mortem photographer to gain access and assist groundskeeper Simeon Coyle in photographing the patients and uncovering the secrets within. However, she never expected her personal quest would reawaken the legend of Misty Wayfair, a murdered woman who allegedly haunts the area and whose appearance portends death.

A century later, Heidi Lane receives a troubling letter from her mother--who is battling dementia--compelling her to travel to Pleasant Valley for answers to her own questions of identity. When she catches sight of a ghostly woman who haunts the asylum ruins in the woods, the long-standing story of Misty Wayfair returns--and with it, Heidi's fear for her own life.

As two women across time seek answers about their identities and heritage, can they overcome the threat of the mysterious curse that has them inextricably intertwined?

Why I Need It
I enjoyed Jaime Jo Wright's previous two books and was looking forward to whatever she came out with next. When I saw The Curse of Misty Wayfair, I got even more excited. The cover is so haunting and the synopsis sounds kinda creepy. What is the curse of Misty Wayfair? What's up with the ghostly woman haunting the asylum? I need to know!