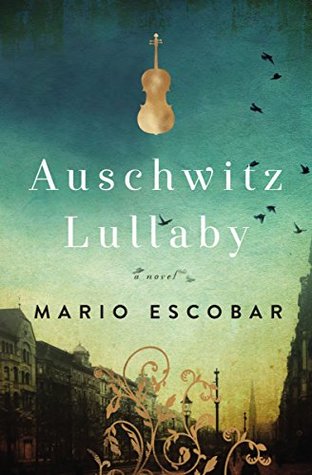 About the Book
In 1943 Germany, Helene is just about to wake up her children to go to school when a group of policemen break into her house. The policemen want to haul away her gypsy husband and their five children. The police tell Helene that as a German she does not have to go with them, but she decides to share the fate of her family. After convincing her children that they are going off to a vacation place, so as to calm them, the entire family is deported to Auschwitz.

For being German, they are settled in the first barracks of the Gypsy Camp. The living conditions are extremely harsh, but at least she is with her five children. A few days after their arrival, Doctor Mengele comes to pay her a visit, having noticed on her entry card that she is a nurse. He proposes that she direct the camp’s nursery. The facilities would be set up in Barrack 29 and Barrack 31, one of which would be the nursery for newborn infants and the other for children over six years old.

Helene, with the help of two Polish Jewish prisoners and four gypsy mothers, organizes the buildings. Though Mengele provides them with swings, Disney movies, school supplies, and food, the people are living in crowded conditions under extreme conditions. And less than 400 yards away, two gas chambers are exterminating thousands of people daily.

For sixteen months, Helene lives with this reality, desperately trying to find a way to save her children. Auschwitz Lullaby is a story of perseverance, of hope, and of strength in one of the most horrific times in history.

Auschwitz Lullaby is based on the true story of Helene Hannemann, a German woman married to a Gypsy man who had five kids. All were taken to Auschwitz. Though she had the opportunity, because of her pure German heritage, to stay behind, she chose to go with her family to the concentration camp. There was no way they were going anywhere without her. Because she was a nurse, Helene began working at the camp's hospital and was eventually assigned, by Dr. Mengele, as the director of a nursery school in the Gypsy camp.

This was a truly compelling, heartbreaking, powerful read. I've read many WWII books, but never one that delved into the plight of the Gypsies during that time. It was informative and impossible to put down. I read the majority of it in one day.

I can't sugarcoat things. It wasn't an easy read, but it's one that everyone should read. We can never forget the atrocities that took place. We must always remember. Mrs. Hannemann's story was one that needed to be told and I'm so glad this author did it. This is a story that I'll be thinking about for a very long time and one that I'll be recommending to everyone.