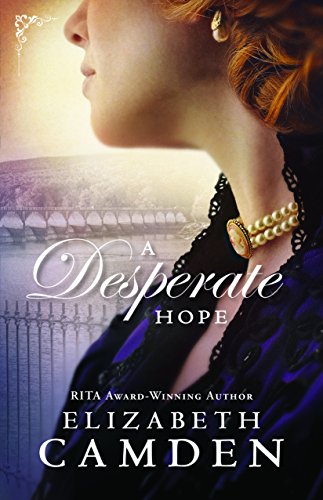 About the Book
Eloise Drake's prim demeanor hides the turbulent past she's finally put behind her—or so she thinks. A mathematical genius, she's now a successful accountant for the largest engineering project in 1908 New York. But to her dismay, her new position puts her back in the path of the man responsible for her deepest heartbreak.

Alex Duval is the mayor of a town about to be wiped off the map. The state plans to flood the entire valley where his town sits in order to build a new reservoir, and Alex is stunned to discover the woman he once loved on the team charged with the demolition. With his world crumbling around him, Alex devises a risky plan to save his town—but he needs Eloise's help to succeed.

Alex is determined to win back the woman he thought he'd lost forever, but even their combined ingenuity may not be enough to overcome the odds against them before it's too late.

Why I Need It
I always get so excited when there's a new release from Elizabeth Camden. I love her way of writing and her detail to history. This series has been fantastic so far and I can't wait to read Eloise's story!