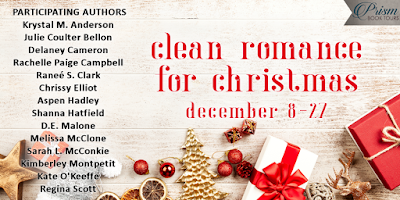 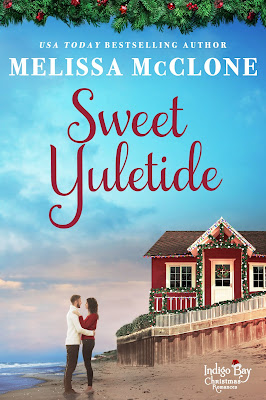 Sheridan DeMarco would rather be anywhere than home for the holidays. Housesitting in South Carolina, far away from her new and chaotic blended family, sounds like the perfect way to spend Christmas. Until she arrives and realizes she isn’t as blissfully alone as she thought she would be…

Michael "Mikey" Patterson has a secret, one that requires him to stay out of sight until his attorney gives him the all clear. He finds the anonymity he needs in a small coastal town, but there’s a problem. Mikey isn’t the only one at the charming beach cottage, and the last thing he needs is a beautiful roommate named Sheridan who pushes all of his buttons.

All it takes is a sprig of mistletoe and one memorable kiss to make Sheridan and Mikey forget their plans to stay away from each other. But when his secret is revealed, can their newfound bond outlive the holiday season? Or will their happily ever after get tossed out with the discarded wrapping paper, ribbons, and tinsel?

Sweet Yuletide is the fourth book in the Indigo Bay Christmas Romance Series, but it and the other stories are standalone and can be read in any order.

The interior was more impressive now with the 360-degree view. Floor-to-ceiling windows along the far wall showed an overcast sky and the Atlantic Ocean. Hope mentioned the place was on the beach, but Sheridan hadn't expected it to be backyard close. Halfway to the glass, she let go of her suitcase and left it behind. The wheels might damage the floor.

As she stood at the window with a sense of awe, her breath left a patch of fog on the glass. Christmas lights and garland were strung along the deck. An unexpected sight with the beach grass, giving a touch of color to the sand below. Gentle waves rolled in. A couple with their dog walked along the beach.

“I’m not in Berry Lake anymore.”

And that was A-okay. She would be—

Something crashed. A grunt followed.

The hair on the back of Sheridan’s neck stood straight, and she whirled around.

A tall, bearded, shirtless man with wide shoulders and a broad chest rubbed his knee. He stared at her suitcase on the floor.

His gaze jerked to hers. Eyes widening, he straightened.

Icy fear flowed through her veins. Headlines about a murdered tourist in a charming beach house flashed through her mind. Her mom would blame herself for not stopping Sheridan from flying to South Carolina. Face it, nothing like this ever happened in Berry Lake. A break-in while people were on vacation or a broken car window when someone left valuables in plain view, but there hadn’t been a murder in years.

Well, if she was going to die, she wanted to know who the killer was. She might be able to spell out the name in her blood before she lost consciousness. “Who are you?”

He didn’t flinch. His eyebrows drew together. “Who are you?”

Sheridan searched for something to use as a weapon. A dining room chair was too heavy, and there was no centerpiece on the table. Her backpack hung off one shoulder. If she hit him with that, it might stun him long enough to escape, but her keys, ID, and phone were inside. All things she needed.

So, she balled her fist and raised her chin to add an inch to her height. He still towered over her, which meant he was six-two or three and muscled like an athlete. No way would she be able to take him, but she’d go down fighting.

Sheridan swallowed around the lump of fear lodged in her throat. “I asked first.”

A beat passed and then another.

She held her ground.

“I’m Michael Patterson. My sister Marley is engaged to Von.” His posture was ramrod straight. “Your turn.”

Okay, this guy knew Hope’s brother’s name, so he might not be a psychopathic murderer.

Michael crossed his arms over his chest. “I’m waiting.”

“Von asked me to house-sit.”

That made no sense. “Hope gave me a key.” 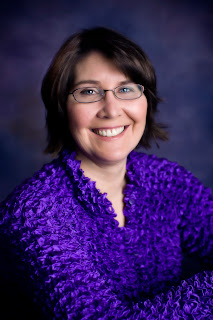