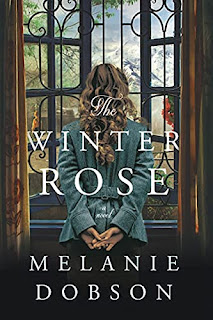 About the Book
In this gripping split-time novel, Grace Tonquin is an American Quaker woman who works tirelessly in Vichy France to rescue Jewish children from the Nazis. After crossing the treacherous Pyrenees, Grace returns home to Oregon with a brother and sister whose parents were lost during the war. Though Grace and her husband love Elias and Marguerite as their own, echoes of Grace's past and trauma from the Holocaust tear the Tonquin family apart.

More than fifty years after they disappear, Addie Hoult arrives at Tonquin Lake, hoping to find the Tonquin family. For Addie, the mystery is a matter of life and death for her beloved mentor Charlie, who is battling a genetic disease. Though Charlie refuses to discuss his ties to the elusive Tonquins, finding them is the only way to save his life and mend the wounds from his broken past.
What upcoming release are you eagerly awaiting?
Posted by Ashley Sapp at 11:00 PM