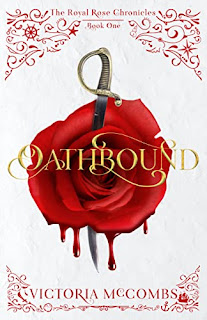 About the Book
Beware the waters. The dangerous deep brings ruin to all.

Emme has spent her life avoiding anything to do with pirates. But the fates are cruel, and now a hidden sickness leads her to partner with pirates for the one thing that can save her—a cure on an island none are certain exists.

The pirate captain’s secrets are darker than the deep and threaten to kill them all. His obligations are tinged with betrayal, for his oathbind must be fulfilled. To ignore it is to invite peril of unimaginable destruction.

As the adventure unfolds, the sea takes more than she expects and the sea gives more than he wants.
What upcoming release are you eagerly awaiting?