Can't Wait Wednesday: In Search of a Prince by Toni Shiloh

This week I'm featuring In Search of a Prince by Toni Shiloh releasing February 1. 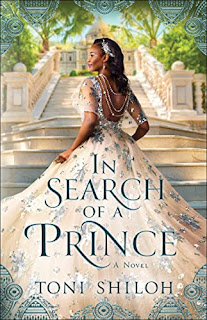 About the Book
It seems like a dream come true . . . until it forces her to question everything.

Brielle Adebayo is fully content teaching at a New York City public school and taking annual summer vacations with her mother to Martha's Vineyard. But everything changes when her mom drops a bombshell--Brielle is really a princess in the island kingdom of Ọlọrọ Ilé, off the coast of Africa, and she must immediately assume her royal position, since the health of her grandfather, the king, is failing.

Distraught by all the secrets her mother kept, Brielle is further left spinning when the Ọlọrọ Ilé Royal Council brings up an old edict that states she must marry before her coronation, or the crown will pass to another. Brielle is uncertain if she even wants the throne, and with her world totally shaken, where will she find the courage to take a chance on love and brave the perils a wrong decision may bring?
What upcoming release are you eagerly anticipating?
Posted by Ashley Sapp at 11:00 PM