Double Review: A Rom-Com and A Post-Apocalyptic Novel

I've got a couple more reviews from the books I've been trying to finish during my nighttime reading. I'm sad to say that this go-around wasn't very successful. These stories just didn't resonate with me, but I guess that's the way it goes sometimes.
The first story is a novella from the Rom-Com boxset Love in the City. I'm guessing the set has already been disbanded because I can't find it on Amazon anymore. I've only read the first story in here, but I'm hopeful that I'll enjoy the rest of the entries more. My second review is for a full-length Christian post-apocalyptic novel. I've read a couple other books from this author and really enjoyed them, but I had a lot of issues with this one. 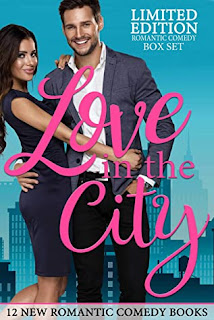 All's Fair in Love and War by Sariah Wilson

After her dream job was stolen out from under her by handsome rival Bennett, Jane decides to open her own bakery, but doesn't have the capital to do so on her own. She hopes an investor will take a chance on her, yet he's not willing to risk it for an unproven no-name like her. So to get him to change his mind, she's going to prove herself by winning the Best Dessert in the Taste of Cincinnati competition. Her plan goes sideways when she finds out Bennett is also competing. Talk about awkward. It's not long before sparks fly as the competition heats up.

This story frustrated me to no end. It was told in first person from Jane's point of view and the fact that she was such an unsympathetic character made this a difficult read. The conflict between her and Bennett was so lame. The problem between them was all made up in Jane's mind. If she had just communicated, there wouldn't have been so much animosity on her part. She created so much needless drama and was quite childish.

Bennett was a saint for putting up with Jane's nonsense. He seemed like the perfect guy. Maybe too perfect, though, because he was quite one dimensional in his blind devotion to Jane. Seriously, she ghosted him for months and attacked him the next time she saw him, yet he felt no animosity whatsoever? So not believable.

I fully expected to enjoy this story because I've loved some of this author's previous works, but this one was just not for me.
2 STARS
Goodreads 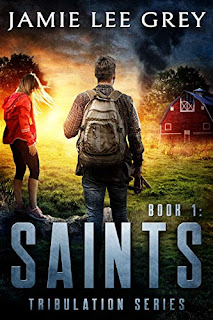 Tribulation, Book 1: Saints by Jamie Lee Grey
I really wanted to like this book. It had so much promise but I just had too many issues with it and couldn't get into it. I got a little past 40% and stopped.

The premise was intriguing. Christians and Jews were being targeted, hunted down, and “eliminated” unless they submitted to the new government's wicked edicts. Grace and her aunt fled to a mountain hideout with a small group of other believers to try and ride out the coming storm.

It sounded exciting, but the pacing was very uneven. There would be lots of danger and some action, and then, a whole lot of nothing. I expected a fast-paced apocalyptic novel, but what I got was more like a “how-to” guide for surviving in the wilderness. It was nothing at all like what I was expecting. Although, I do have to say there were some helpful and good tips.

There was another big issue I had with it. There was a lot of judgment from the main character about whether someone else was “Christian” enough. I understand they had to be cautious about possible "spies" in their midst, but it still rubbed me the wrong way. That sort of attitude and sentiment really irritates me. It instantly turns me off of a book. And while I read on and wanted to finish the book, I just couldn't.

I hate not finishing a book and even more so writing a bad review. But there's too many other books out there for me to spend my time on something I'm not enjoying. I know this will appeal to a lot of people, it just wasn't for me. Maybe if I'd read it at another time, I would've enjoyed it more.
DNF
Amazon / Goodreads
Posted by Ashley Sapp at 12:00 AM