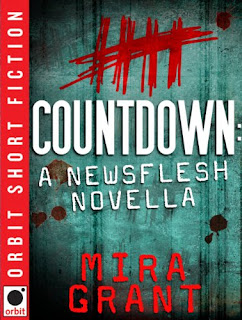 About the Book
The year is 2014, the year everything changed. We cured cancer. We cured the common cold. We died.

This is the story of how we rose.

When will you rise?

Countdown is a novella set in the world of Feed. 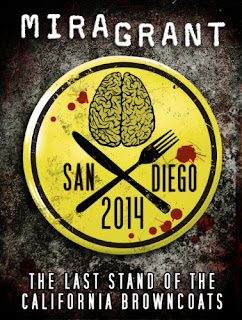 San Diego 2014: The Last Stand of the California Browncoats

About the Book
It was the summer of 2014, and the true horrors of the Rising were only just beginning to reveal themselves. Fans from all over the world gathered in San Diego, California for the annual comic book and media convention, planning to forget about the troubling rumors of new diseases and walking dead by immersing themselves in a familiar environment. Over the course of five grueling days and nights, it became clear that the news was very close to home...and that most of the people who picked up their badges would never make it out alive.

These were very timely reads. Utterly compelling and truly terrifying, I couldn't pull myself away from them. It's eerie how author Mira Grant, AKA Seanan McGuire, predicted so much about a global pandemic. I got goosebumps so many times because some things were uncannily similar to what's been going on. Now don't get me wrong, there's a lot of differences too, but there was enough there to freak me out even more.

Countdown explains the origins of the Kellis-Amberlee virus while San Diego 2014 recounts the tragedy and rapid spread of it at Comic-Con. They can definitely be read without prior knowledge of the series, though I think you'll get even more enjoyment out of them if you have read at least some of the series.

If you're in the mood for a couple of quick, unputdownable horror stories, these fit the bill perfectly. There were times when it didn't feel like fiction, but like I was reading an actual real-life account of the zombie apocalypse. So scary!