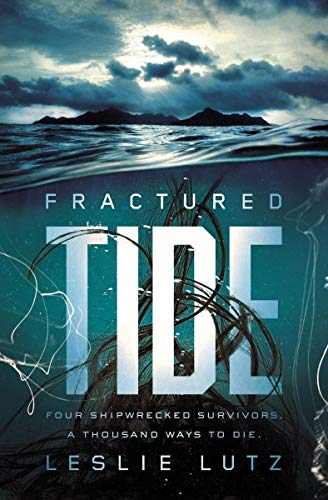 About the Book
Lost meets Stranger Things in this eerie, immersive YA thriller, thrusting seventeen-year-old Sia into a reality where the waters in front of her and the jungle behind her are as dangerous as the survivors alongside her.

Sia practically grew up in the water scuba diving, and wreck dives are run of the mill. Take the tourists out. Explore the reef. Uncover the secrets locked in the sunken craft. But this time … the dive goes terribly wrong.

Attacked by a mysterious creature, Sia’s boat is sunk, her customers are killed, and she washes up on a deserted island with no sign of rescue in sight. Waiting in the water is a seemingly unstoppable monster that is still hungry. In the jungle just off the beach are dangers best left untested. When Sia reunites with a handful of survivors, she sees it as the first sign of light.

Between the gulf of deadly seawater in front of her and suffocating depth of the jungle behind her, even the island isn’t what it seems.


Haunted by her own mistakes and an inescapable dread, Sia’s best hope for finding answers may rest in the center of the island, at the bottom of a flooded sinkhole that only she has the skills to navigate. But even if the creature lurking in the depths doesn’t swallow her and the other survivors, the secrets of their fractured reality on the island might.

Lost meets Stranger Things? I'm sold! Those are two of my favorite shows, so you know I've gotta check this book out. It sounds super intriguing and I can't wait to figure out what's going on.

What upcoming release are you eagerly awaiting?