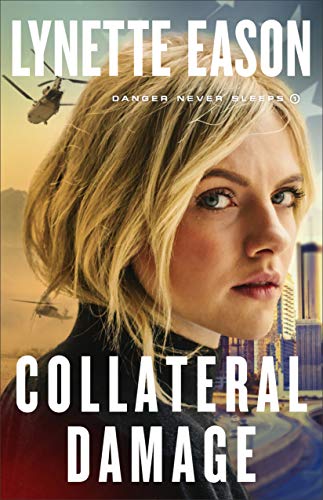 About the Book
Honorably discharged from the Army after an explosion nearly killed her, former military psychiatrist Brooke Adams has set up shop to help others--but her days of helping military personnel are over. She's got her own battles to fight from her time overseas, and she's not equipped to take on more. Former Army Special Ops Sergeant First Class Asher James could handle anything that war sent his way--terrorists, bombs, bullets. The only thing that scares him now is sleep. As the shadows close in, the nightmares begin.

Finally convinced that he needs help, Asher makes an appointment with a counselor, and Brooke is pressed by her boss to take him on. When he arrives at her office she isn't there--but a dead body is. Brooke is devastated when she walks in, and Asher is a conveniently strong shoulder to cry on. But she can't take him on as a client after sharing such an intimate and unprofessional moment, can she? And he's not sure he can handle sharing his deepest fears with such a beautiful woman.

When it becomes clear that Brooke was the real target of the attack--and that her secrets go even deeper than his own--Asher vows to protect her no matter what.

Bestselling author Lynette Eason is back with a new series that spans the globe and
will have your heart working overtime.

Collateral Damage was an action-packed and exciting start to Lynette Eason's new Danger Never Sleeps series. It starts off with a bang and the lightning-fast pace doesn't let up until the end.

There's a big cast of characters, so it took me just a little while to get everyone straight and to figure out how all the different storylines connected. But once I did, I became even more invested and couldn't read it fast enough. There were quite a few shocking reveals I didn't see coming which made things even more intense. Dealing with a serious topic, it was disturbing, and quite chilling at times, but a very compelling read, nonetheless. I'm excited for the next book in the series.