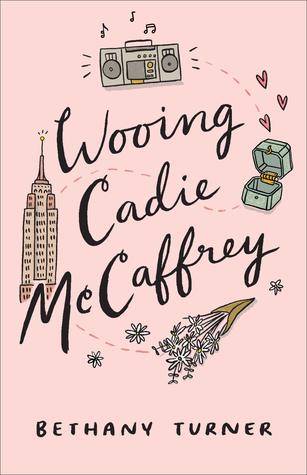 About the Book
After four years with her boyfriend, Cadie McCaffrey is thinking of ending things. Convinced Will doesn't love her in the "forever" way she loves him, Cadie believes it's time for her to let him go before life passes her by. When a misunderstanding leads to a mistake, leaving her hurt, disappointed, and full of regret, she finally sends him packing.

But for Will, the end of their relationship is only the beginning of his quest to figure out how to be the man Cadie wanted him to be. With the dubious guidance of his former pro-athlete work friends and tactics drawn from Cadie's favorite romantic comedies, Will attempts to win her back. It's a foolproof plan. What could possibly go wrong?

Bethany Turner is back with more of the heart and humor readers love. Anyone who enjoys a good romance or binges romantic comedies on Netflix will devour this delightful story.

Why I Need It
I absolutely adored Bethany Turner's previous novel, The Secret Life of Sarah Hollenbeck, and have been waiting, rather impatiently, for a new one from her. Wooing Cadie McCaffrey sounds like so much fun and I can't wait to get my hands on a copy!