This week I'm featuring the latest release from one of my favorite authors - Knox (The Montana Marshalls #1) by Susan May Warren. I can't even tell you how much I loved this book. It was so, so good! 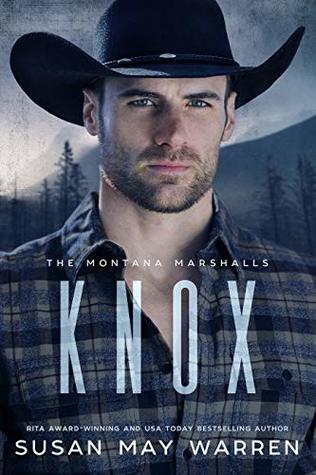 He's not looking for trouble...

Montana rancher Knox Marshall's danger years are behind him. A former bull-rider, he now runs the Marshall family ranch, raising champion bucking bulls for the National Professional Bullrider's Expo (NBR-X). Wealth and success are his, but life is stable, expected, and…ordinary.  But he wants more from life...

But trouble is looking for her...

Kelsey Jones just wants a safe life, a family, a home. Onstage, the beautiful rising star of the Yankee Belles becomes the person she longs to be - vivacious and confident - burying the brokenness she carries from a violent assault. Becoming NBR-X’s next country act is key to outrunning her past and achieving the success and security she craves.

When trouble finds them both...

Knox and Kelsey's paths collide when an explosion at an NBR-X event traps them in the rubble and leaves them reeling. Kelsey’s crippling nightmares return, but for Knox, an obsession to find the bomber is ignited.

What will it cost him to protect her?

When Kelsey’s past threatens Knox’s family, he'll have to choose between saving the Marshall legacy or becoming the protector he's always longed to be.

The explosive first book in the Montana Marshall series!

Tate stood outside the bathroom stall of the Twenty-Fourth Precinct. He was probably leaning against the sink, arms folded, but Knox had heard his brother stifling his own nausea when Detective Rayburn finally showed them the file.