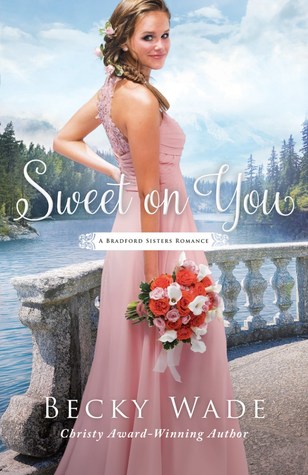 About the Book
Britt Bradford and Zander Ford have been the best of friends since they met thirteen years ago. Unbeknown to Britt, Zander has been in love with her for just as long.

Independent and adventurous Britt channels her talent into creating chocolates at her hometown shop. Zander is a bestselling author who's spent the past 18 months traveling the world. He's achieved a great deal but still lacks the only thing that ever truly mattered to him--Britt's heart.

When Zander's uncle dies of mysterious causes, he returns to Merryweather, Washington, to investigate, and Britt is immediately there to help. Although this throws them into close proximity, both understand that an attempt at romance could jeopardize their once-in-a-lifetime friendship. But while Britt is determined to resist any change in their relationship, Zander finds it increasingly difficult to keep his feelings hidden.

As they work together to uncover his uncle's tangled past, will the truth of what lies between them also, finally, come to light?

Why I Need It
This has been one of the best contemporary romance series I've ever read. I'm so excited to finally get Britt and Zander's story!