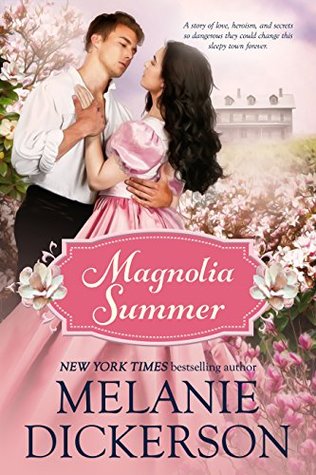 About the Book
From New York Times Bestselling author Melanie Dickerson comes a story of love, heroism, and secrets so dangerous they could change this sleepy Southern town forever.

Truett’s hometown needed a doctor, so after finishing medical school, he returned to Bethel Springs. Fighting a secret war with a corrupt lawman wasn’t in his plans, but Sheriff Suggs thinks he’s above the law and can lynch anyone who crosses him. When Suggs threatens his childhood friend, Truett dons a cape and hood and rescues him—placing “the Hooded Horseman” in Sheriff Suggs’s crosshairs.

Celia Wilcox arrives in Bethel Springs, Alabama, in June of 1880. She’s come from Nashville to help her sister care for their younger siblings. She hopes only to be on the small farm for the summer, just until her mother recovers from the shock of Celia’s father’s death. She must return to Nashville to fulfill her dream of opening her own dress shop, especially now, to provide for her family.

The lovely Celia catches Truett’s eye, and he finds himself wanting to impress her. But she flatly refuses to flirt with him or to fall for his—if he does say so himself—considerable charm.

Celia’s growing attraction to the young Dr. Beverly terrifies her, and even if she could marry him, which she cannot, what will happen when Sheriff Suggs discovers Truett is the Hooded Horseman? Will Celia be able to prevent the sheriff from carrying out one last lynching?

I've enjoyed lots of Dickerson's previous books and was excited when I saw that she had a new series coming out. It sounds great and I'm super intrigued by "the Hooded Horseman".