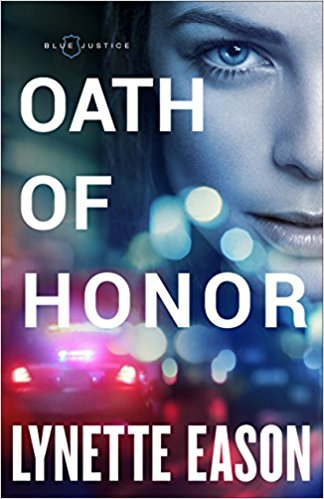 Police officer Isabelle St. John loves her crazy, loud, law-enforcement family. With three brothers and two sisters, she's never without someone to hang out with--or fight with. And she knows they'll be there for her when things get tough. Like when her partner is murdered and she barely escapes with her own life.

Determined to discover exactly what happened, Izzy's investigation sends her headfirst into a criminal organization, possibly with cops on the payroll--including someone from her own family. With her dead partner's handsome homicide detective brother Ryan shadowing her every move, Izzy's head is spinning. How can she secure justice for her partner when doing so could mean sending someone she loves to prison? And how will she guard her heart when the man she's had a secret crush on for years won't leave her side?

With her signature fast-paced, edge-of-your-seat action, Lynette Eason invites readers into a captivating new series where justice is a family affair.

I know when I read a Lynette Eason book I'm in for an intense and thrilling ride full of suspense and intrigue that's impossible to put down. I've gotta say, Oath of Honor is Eason's best book to date and is, hands down, my favorite. I was hooked from the very beginning. It was very fast-paced and I could never guess what was coming next. The action starts quickly and consistently builds to the thrilling conclusion.

We're introduced to a lot of characters in the beginning, which was a bit intimidating, but it wasn't long before I became familiar with everyone. I really loved the big family dynamic and cast of characters. The next book, Called to Protect, can't come out soon enough! Oath of Honor was a fantastic start to the Blue Justice series. I highly, highly recommend it!