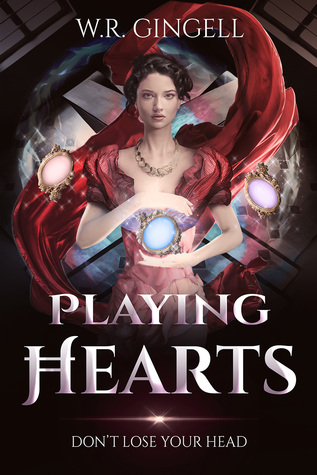 About the Book
It begins the way it has always begun: with a card on Mabel's pillow. But Mabel has been in Underland before, and she's not so anxious to go back. No matter what name it takes, Underland is always bizarre, always mad, always dangerous.

There's the Queen of Hearts, terrifying, powerful, and possibly insane. There's Hatter, purple-eyed and undoubtedly mad. March Hare has always been one sandwich short of a picnic, and Sir Blanc is missing his wits.

And then there's Jack. Jack the aristocratic son of the Queen. Not quite mad, but not far off. Disinclined to help anyone but himself. A liar. And, thanks to an ancient ceremony performed by the Queen, Mabel's fiancé.

Fall into the rabbit hole with Mabel as she climbs through tea-pots, battles the Jabberwock, and attempts to overthrow the Queen of Hearts herself.

And whatever you do, don't be late...

It started the way it usually starts: with a card. It was on my pillow that morning when I woke, its red pips showing up clearly against the whiteness of the pillow-slip. The Jack of Hearts.

Jack narrowed his eyes at me from across the room, and scooped up the two full glasses. "Have you been annoying Mother Dearest again?"