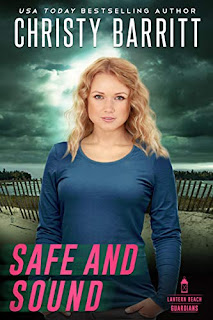 About the Book
A call for help draws Police Chief Cassidy Chambers deep into a wooded, isolated area on Lantern Beach. What she finds shakes her to the core—a friend is bleeding out, and his last words before dying are: They know.

Figuring out who killed her friend and what his final words meant becomes Cassidy’s mission. Have members of the notorious gang that placed a bounty on her head discovered her new life? Or is someone else trying to teach her a twisted lesson?

Elements from past investigations surface and threaten more than one person’s safety. Cassidy and her husband, Ty, must make sense of the deadly secrets that unfold at every turn. If not, the life they’ve built together might come to a permanent end.
Amazon / Goodreads
MY THOUGHTS

She should have been expecting this. She’d known it was a possibility that someone would find her. She’d been living on borrowed time for nearly three years now.

Secrets that were supposed to stay hidden are starting to come to light and the past is rearing it's ugly head in this exciting conclusion to the Lantern Beach Guardians series.

What a wild ride! Safe and Sound was such a satisfying ending to this series. It's my favorite Barritt story in recent memory. That beginning? So good! It had me invested, intrigued, and anxious. And that ending? It brought tears to my eyes. Happy ones, not sad ones. And all the stuff in between was so suspenseful. All combined, it made for an unputdownable read.

I thoroughly enjoyed my time with this book and am curious about what will happen next on Lantern Beach. If you're a fan of suspense, I highly recommend this series.
FIVE STARS
Posted by Ashley Sapp at 12:00 AM