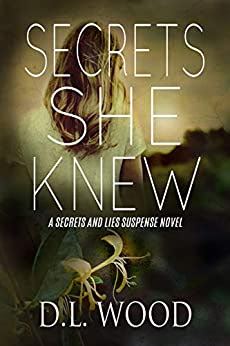 About the Book
Boston police detective Dani Lake dreads returning to her small hometown of Skye, Alabama, for her ten-year high school reunion--and not just for the normal reasons.

At only fifteen, Dani tragically discovered the body of her murdered classmate, setting in motion the process that led to the unjust conviction of her dear friend and an unshakable burden of guilt she carries to this day. So when new evidence surfaces during her trip home which suggests the truth Dani’s always suspected, she embarks on a mission to expose the real killer, aided by Skye police detective Chris Newton--who happens to be the man Dani’s best friend is dying to set her up with, and also the only person who believes her.

But when Dani pushes too hard, someone pushes back, endangering Dani and those closest to her as she unearths secrets deeper and darker than she ever expected to learn—secrets that may bring the truth to light, if they don’t get her killed first.

The thumping sounds of Backstreet's Back filled the civic center's event hall as two hundred-plus people danced, ate, and caught up with old friends.