Can't Wait Wednesday: On the Cliffs of Foxglove Manor by Jaime Jo Wright

This week I'm featuring On the Cliffs of Foxglove Manor by Jaime Jo Wright releasing June 1. I've loved every single book I've read by Wright, so you know I'm excited for this new one from her. Plus, it sounds fantastic. "Whispers in the night, hidden treasure, and a love willing to kill"? Yeah, I'm so here for that. 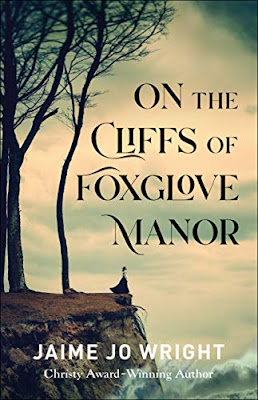 About the Book
1885.
Adria Fontaine has been sent to recover goods her father pirated on the Great Lakes during the war. But when she arrives at Foxglove Manor--a stone house on a cliff overlooking Lake Superior--Adria senses wickedness hovering over the property. The mistress of Foxglove is an eccentric and seemingly cruel old woman who has filled her house with dangerous secrets, ones that may cost Adria her life.

Present day.
Kailey Gibson is a new nurse's aide at a senior home in a renovated old stone manor. Kidnapped as a child, she has nothing but locked-up memories of secrets and death, overshadowed by the chilling promise from her abductors that they would return. When the residents of Foxglove start sharing stories of whispers in the night, hidden treasure, and a love willing to kill, it becomes clear this home is far from a haven. She'll have to risk it all to banish the past's demons, including her own.
What upcoming release are you eagerly anticipating?
Posted by Ashley Sapp at 11:00 PM