This week I'm featuring two Cinderella retellings releasing September 22. I'm always in the mood for a good fairytale retelling, especially Cinderella ones. Both of these authors are new to me and I'm so excited to check them out. 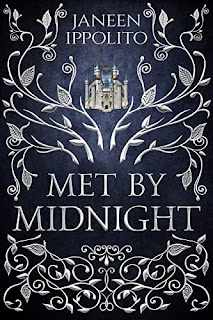 Met By Midnight by Janeen Ippolito

About the Book
An outcast prince. A captive healer. A single night that changes their destinies.

She lives a nightmare.

As a Mender, Renna is held captive to an endless cycle of receiving and recovering from the physical ailments of others—a cycle that led her mother to an early grave. When her father becomes deathly ill, Renna is desperate to save her only remaining family. Even if it means allying with criminals and taking an illegal mission into the royal palace on the night of their greatest ball.

Unable to be Mended, Prince Jaric’s existence is a curse to his family’s façade of health and security. Marrying him off at the ball and sending him to a distant dukedom is the royal solution—but Jaric has his own plans. For years he’s dreamed of a young woman, a strong-hearted Mender he would give everything for. When she arrives the night of his betrothal, he’s determined to discover her true identity.

Met by midnight, their fates are entwined.

While escape seems the only answer, powerful forces conspire to keep Renna and Jaric within their cages. Forces that undermine the foundations of the kingdom itself—and threaten any hope of a future together.

This YA romance features Cinderella in an original fantasy world with a dystopian twist. 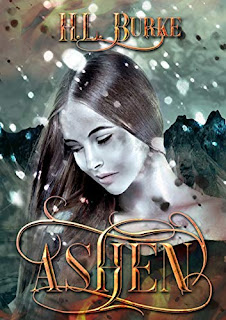 About the Book
Stealer of warmth, bringer of death. What if Cinderella had a secret that kept her locked away?

Unable to make her own body heat, foundling Lizbete survives in the tavern kitchen, drawing warmth from the fires, the sun—and sometimes, other living beings. Her days are spent cooking alongside the tavern owner and avoiding the suspicious gazes of the villagers in her small northern town. While she quietly longs for the handsome Brynar, she knows she has no chance with the mayor’s son, even if he invites her to the First Frost festival.

When sudden earthquakes strike Brumehome, blame falls upon Lizbete, and not even her friendship with Brynar can protect her. She finds shelter in the dangerous caverns of nearby Ash Mountain. There she discovers mysterious people with her same ability to draw heat—and a fiery doom in the mountain that slowly awakens with every quake.

Now the festival Lizbete thought to avoid is her only chance to warn the villagers. Yet even with Brynar at her side, can the strange girl dubbed the Ash Lizard hope to save the town that fears her?

A rugged YA Cinderella retelling set in a fantasy world with light steampunk elements.