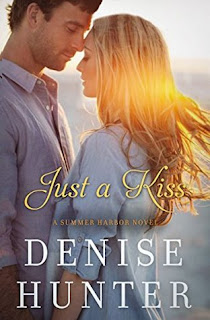 
Riley Callahan’s plans to reveal his secret feelings for his best friend are ruined when his life is drastically altered in Afghanistan.

Watching the love of his life falling for his brother was enough to send Riley straight to boot camp. But over a year later, he’s officially a marine, and Beau and Paige are no longer an item. When Riley’s tour in Afghanistan is up, he intends to confess his feelings to Paige and win his best friend’s heart once and for all.

But all that changes when an IED takes the life of a comrade and leaves Riley an amputee. Now he’s heading home, injured and troubled. His plans to win Paige are a distant dream. She deserves so much more than the man that’s left. All he can do now is put some healthy distance between them. But upon his return he discovers his family has arranged for him to stay with Paige.

Paige is a nurturer at heart and happy to take care of her best buddy. By all appearances he’s adjusting miraculously well to his disability. But as the days pass, Paige begins to see that the smiles and laughter are just a mask for the pain he’s hiding. He has nightmares and mood swings, and his unwavering independence keeps him from accepting help from anyone, including her. To make matters worse, her job is in serious jeopardy. The animal shelter that she’s poured her heart into has lost its funding, and she has three months to come up the money needed to save it.

As the weeks wear on with the two in such close proximity, Paige’s feelings for Riley begin to shift into unchartered territory. Why is she suddenly noticing his corded arm muscles and the way his lips curl at the corners? Will she be able to deny her feelings for another Callahan brother? And will Riley let his heart heal so he can let Paige in?

I have no idea why it took me so long to get to reading Just a Kiss. Denise Hunter is one of my all time favorite authors, plus I've been really looking forward to Riley and Paige's story since the very first book in this series. I have no excuses, so I'll just get on with my thoughts for this book.

What can I say about Riley? He's just such a likable guy and I was always rooting for him. After he comes back from Afghanistan wounded, he hides his pain and frustration behind smiles and jokes, but he's really hurting inside. His pride and dignity are wounded and he hates asking for help. He's independent and stubborn, which is not a great combination at the moment. And he's sure not happy when he finds out Paige, his best friend and girl he's secretly in love with, will be the one helping take care of him.

Paige is a great friend. She's strong and even when everything seems to be piling up on her, she takes it in stride and does her very best to get the job done. When she's informed the shelter will most likely be closing, she does everything in her power to stop that from happening. I really admired her commitment and love for her job, the shelter, and the animals, plus her allegiance to Riley in the midst of all her own struggles.

Just a Kiss was another fantastic contemporary romance from Denise Hunter. It was great to go back to Summer Harbor and catch up with the Callahan clan. And I was so happy to finally learn all about the history between Miss Trudy and Sheriff Colton. Even though this is book three, it can totally standalone. If you haven't read the first two books, I don't believe you'd be lost at all. I highly recommend and can't wait to read whatever comes next from Denise Hunter!

Books in this series:

To learn more about this author, visit her website here.