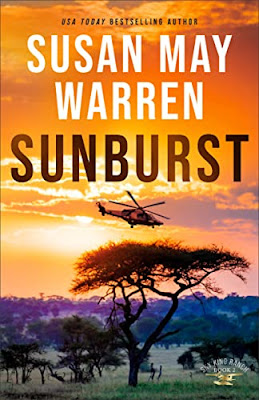 About the Book
When former Navy Seal and lifelong bachelor Ranger Kingston is called upon to take part in a rescue mission to save his brother Colt, who has been kidnapped by terrorists in Nigeria, he is shocked to find among the hostages a woman he knows and could never forget.

Noemi Sutton was attempting to return a young girl to her family in Boko Haram territory when she and the girl found themselves taken hostage, along with several others.

And while Ranger Kingston may be able to get the hostages away from their captors, he'll need Noemi's help if he ever hopes to get out of Nigeria alive.

Her solution? Pose as husband and wife. But when her uncle discovers the union, he insists on a traditional Nigerian wedding--binding Noemi to a man destined to break her heart. Worse, she's discovered the real reason she was kidnapped, and anyone around her is bound to be caught in the cross fire. Including her so-called new husband.

She'll need to figure out a way to leave the man she loves if she wants to save his life.

USA Today bestselling author Susan May Warren throws you into the thick of the action in this high-stakes, globe-trotting romance.
What upcoming release are you eagerly anticipating?
Posted by Ashley Sapp at 11:00 PM